MetalInjection.net: GHOST Has No Idea What “New Record” You’re Talking About 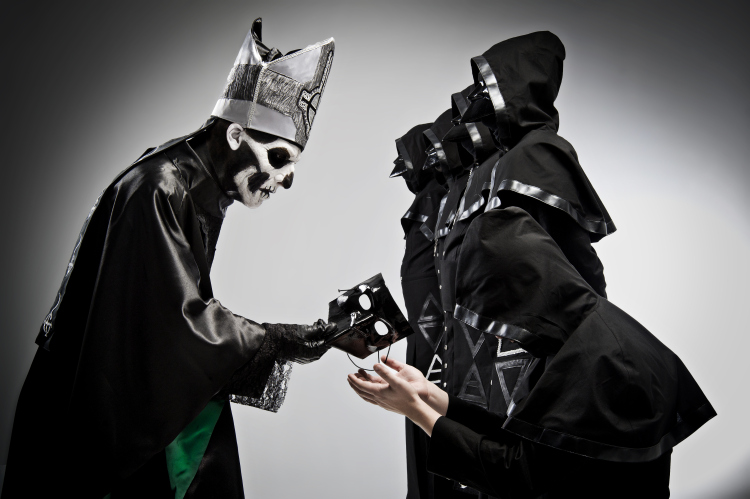 Well, yesterday we got all excited that a new Ghost record titled Meliora was coming on Aug. 21 and that we’d get to hear a new song really soon, but apparently that isn’t the case! At least, that’s what the band is saying. According the group’s Facebook, the members of Ghost had no idea a new record was coming and need a little help from fans.

“Children of the world!

We are apparently releasing an album soon. Can anyone please give us the title and the release date?

I guess Papa Emeritus is getting a little old and hard of memory. I guess there isn’t a new record coming after all! Sorry everyone! I’ve actually heard rumors that because so many of you constantly comment about how Ghost is “lame” and “not metal,” that the group is calling it quits really soon.

Or perhaps the band is just trolling us, as they usually do since they basically confirmed the news in a recent interview.