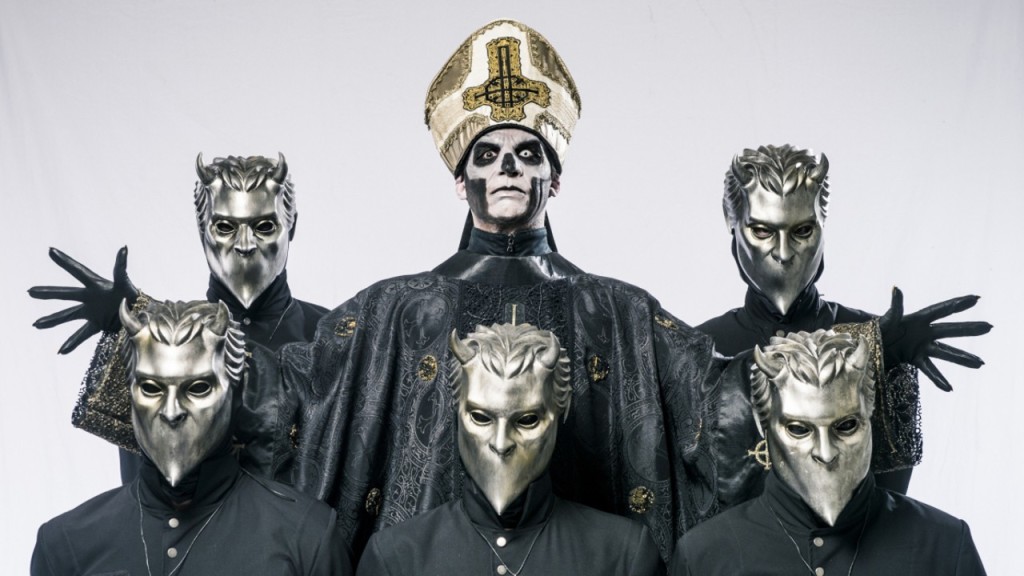 Back in May, late-night TV viewers catching a VH1 showing of the comedy classic Caddyshack must have thought that their remotes accidentally clicked over to cable access when a strange and mysterious commercial aired, announcing, of all things, the return of the masked band Ghost.

In the spot, the mostly unseen Swedish metallers are seated at a table while getting a lecture from a stern, elderly female authority figure who chastises the band for their failings: “No churches overthrown. No governments toppled. No world leaders converted to the cause. You’re terrible salesmen. It’s a disgrace.” (She does preface her condemnations with some positives: “Two albums, one gold – these are respectable numbers.”)

At the end of her speech, the woman presents the band with new masks before introducing their new frontman, Papa Emeritus III, whom she notes is “three months younger” than his brother and predecessor, the recently retired Papa Emeritus II (“a wounded, bitter old man – he’s washed up”).

“She was a feisty one,” says the band’s lead guitarist, chief songwriter and all-around head Nameless Ghoul (for the uninitiated, all the members of Ghost are called Nameless Ghouls). “She’s kind of like one of those big wigs who doesn’t deal with the small merkins that often. For us, it was like seeing a big merkin in action. She gave us our marching orders.”

You can read the full interview on Musicradar.com