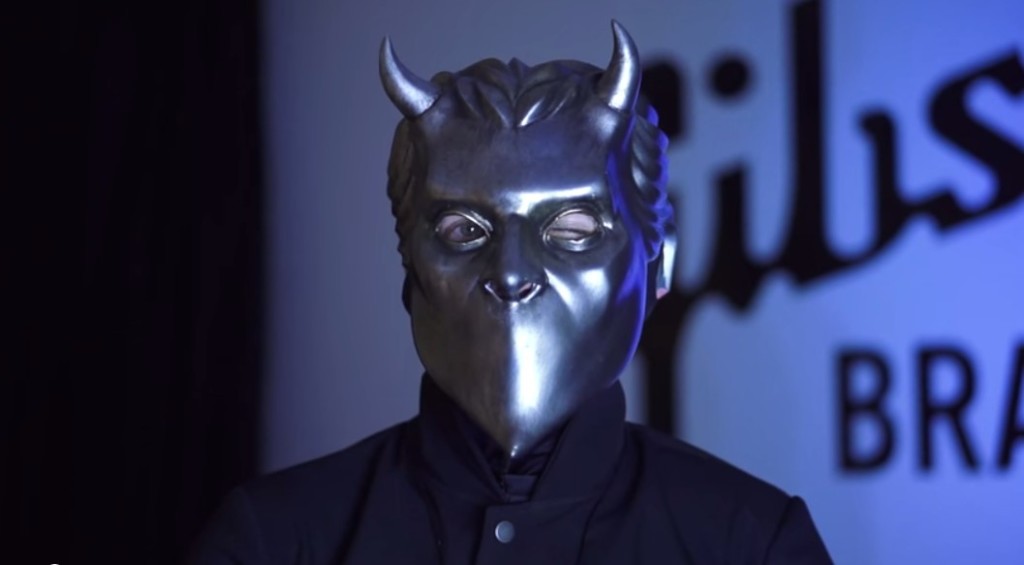 UltimateGuitar.com had the privileged to interview a Nameless Ghoul about “Meliora”, anonymity, Black To The Future Tour, & of course Papa Emeritus III.

“Do I address you as Nameless Ghoul?” I asked. “Yes, please,” responded the voice on the other end of the phone line. I still wasn’t sure which Nameless Ghoul I was speaking to – there are five of them in Ghost – so I asked, “Each of the Nameless Ghouls has an element you represent. Which element are you?” “I’m fire,” said the nameless, faceless voice speaking from his home in Linkoping, Sweden. “I’m the lead guitar player. The one that usually sports a white guitar.”

Now I knew who I was speaking to though I didn’t know his name. Nobody does. Swedish proto-metal band Ghost has built its image on anonymity. The members of the band are all known as Nameless Ghouls while the singer goes by Papa Emeritus I, II or III [he has changed his moniker on each of the band’s three successive albums though each new Papa has a startlingly similar voice]. Still, the European metallers have created a recognizable sound that embodies everything from lumbering guitar riffs and doom-laden organ patches to pop melodies and even ’70s classic rock vocals. On “Meliora,” the band’s third and newest album, they bring these various elements together on what is certainly their most realized and defined record to date.

Here, amidst the sound of little children talking in the background whom Nameless Ghoul described as “The kidnapped slaves of the ministry,” Ghost’s lead guitar player talked about the image, the sound, the new record, and oh, yeah, the devil.

You can read the full interview over at UltimateGuitar.com