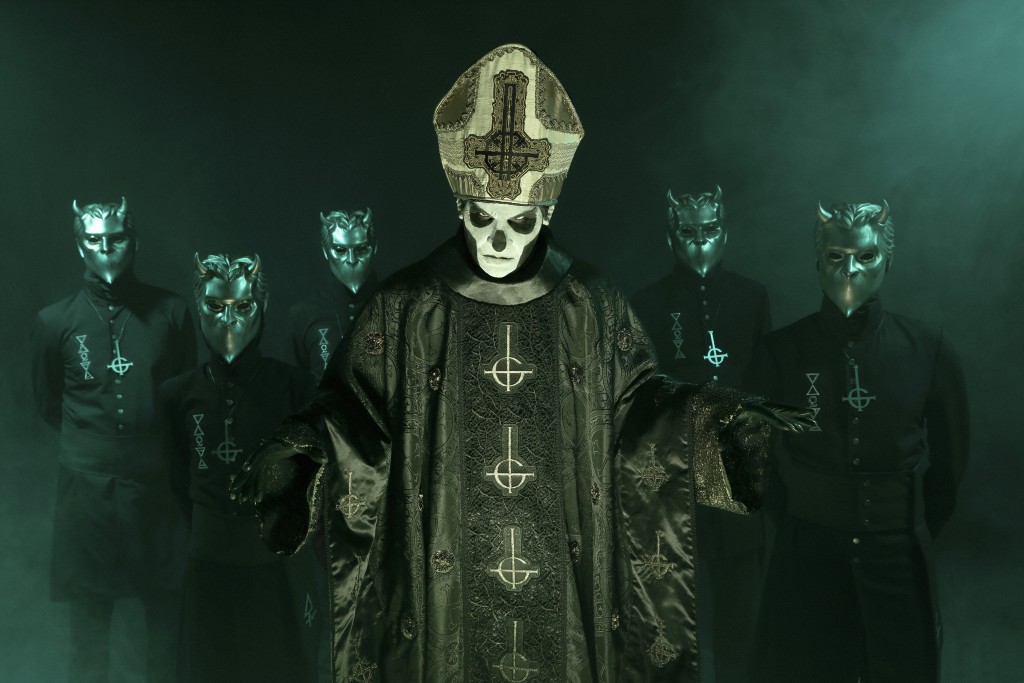 Last month, Ghost released their third album Meliora, another dose of poppy occult rock that was a little heavier on the riffage than their last one. Strangely enough, they decided to celebrate it with some acoustic release shows (including Rough Trade NYC in August) but they’re also now on a proper full-band tour which returned to NYC last night (9/27) at Terminal 5.

We caught up with one of the band’s Nameless Ghouls not long after they arrived in the U.S. (their “new” frontman Papa Emeritus III doesn’t tend to give interviews) and talked about the new album, those acoustic shows, Snoop Dogg, Satan, Pope Francis, Dave Grohl, Alice In Chains and the people who question just how metal Ghost really is.

You can read the full interview at brooklynvegan.com