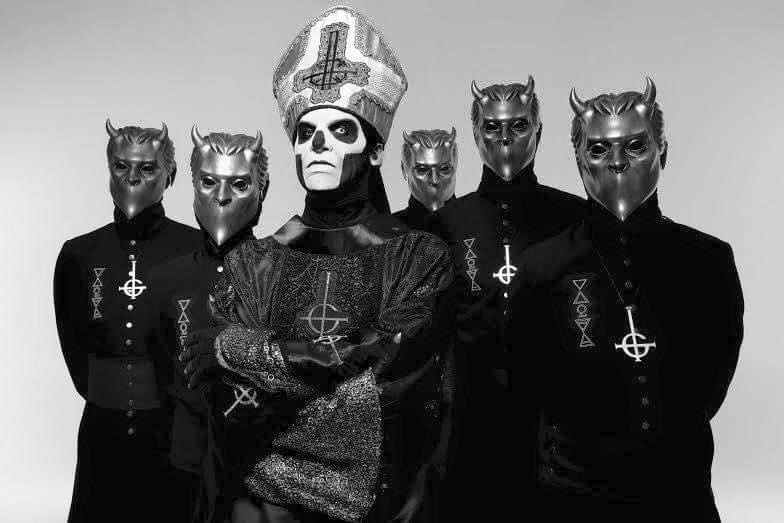 Raising Hell across North America on their Black to the Future tour, the six-piece Swedish occult metal band, Ghost, celebrate Satan in stylized, sexual pomp, and for their members, committed to anonymity, Halloween falls on every day of the year. (Their singer, a corpse paint-spattered inversion of the Catholic Pope, goes by the name Papa Emeritus, and the band’s other five masked, horn-adorned members respond only when referred to as “Nameless Ghouls”). Moments before Ghost took the stage, a Nameless Ghoul — this one their founding member/lead guitarist — shared some lessons he’s learned on life, love, sex, and saving (or damning) the planet.

Less ‘concert’ than ‘ritual,’ a Ghost show will often give way to fans’ anthemic chants of lyrics like “Per Aspera Ad Inferi,” (Latin for “Through Hardships to Hell”), which are, according to Nameless Ghoul, “about how ambitions usually lead astray from a biblical path”:

You can read the full article over at Playboy.com