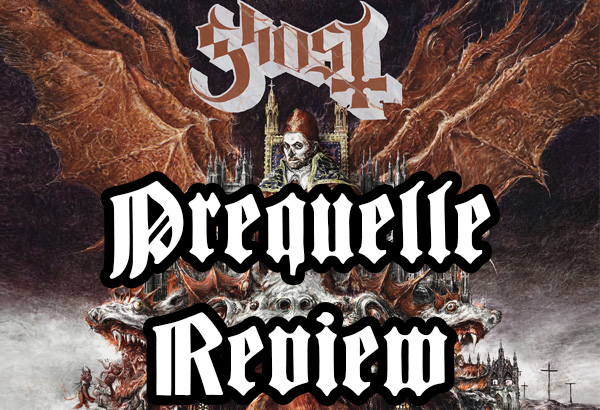 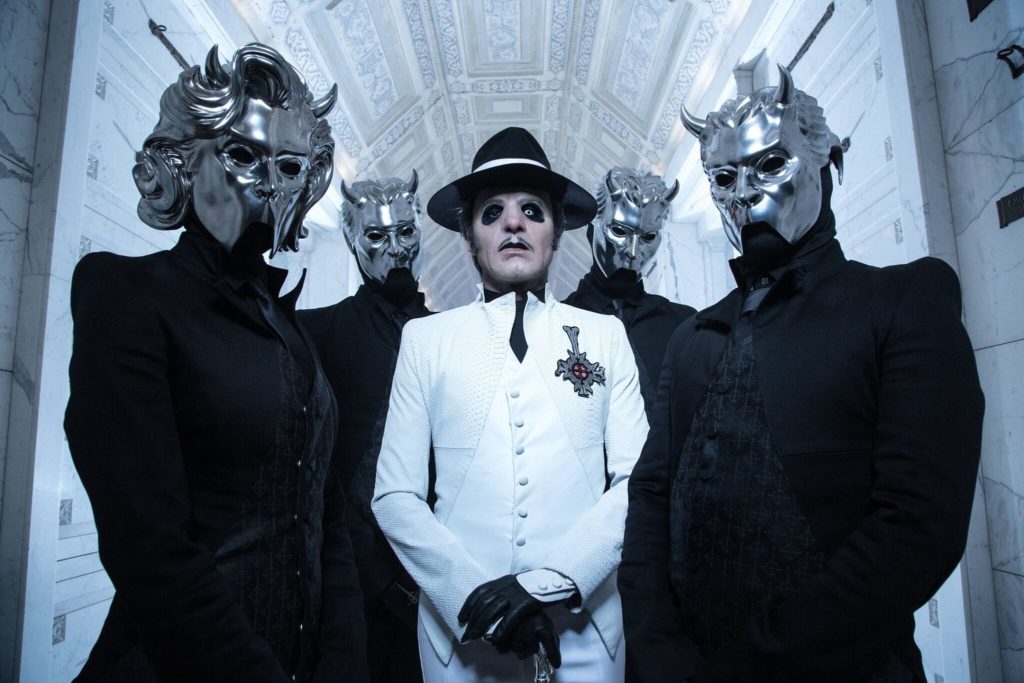 When Prequelle was announced, anticipation set in. We were given only hints of what was to come, something darker. Many of us speculated a return to the Opus Eponymous era. Some desired another Meliora.

When the album singles were released, we got a taste of what was to come. Rats was the radio single, the one you knew you’d here on your local rock channel in a matter of days. It combined elements of 80’s metal with creepy effects – including the Cardinal’s gritty utterance, “Rrrrratsssss.” This was the start of the fanbase split – half of the children of Ghost were thrilled, and for others, this sealed the deal that the Ghost they once knew was fading quickly.

Then, Dance Macabre was released. Some had heard this song at the rituals already, and some through leaks. It was another split. I was told I’d love it by most. Still, many fans were unpleased, dismissing this witchy ballad as another overproduced, radio song. The clever word play in the chorus, “Bewitch you in the moonlight” is the perfect mix of evil and sexual.

Finally, we were granted the chance to get a sneak peek at the album, thanks to our friends at Loma Vista Recordings. The following is a song-by-song review from a Ghuleh and Ghoul who are not musical experts and care not for the drama surrounding the personnel of the band. We turned out the lights, lit a candle and red light, and soaked in the experience that is Prequelle.

Ashes – The song begins with an eerie child’s lullaby, accompanied by a slow, deep rhythm, already satiating the lust we felt for a new album. When the first drop came, we knew we were in for a treat. It is the perfect way to start the album.

Rats – Rats was the first single released from the album, but we were still excited to hear it in it’s place on the album. We were the fans who loved the single already, whose excitement bloomed after it was released. It’s catchy, Cardinal Copia’s voice etching itself in your mind as you prepare to hear the songs you haven’t yet.

Faith – This is easily our favorite song on the entire album. It’s the hard metal beat we’ve been looking for combined with the sacrilegious jab at religion. The song is a mixture of deep bass with low growls from our favorite Cardinal, and transitions into fast guitar. It’s the perfect union of Meliora and Opus Eponymous and demands to be played at ear-splitting volumes. Truly, you feel as though Ghost is your faith after a listen.

See The Light – The chorus of this song is empoweringly sexual, and almost feels like a jab to certain ex-ghouls out there. The message is clear, criticism only fuels Ghost’s fire. Still, when paired with the Van Halen-esque vibes in the chorus, the song sucks you in. It is one of the handful of song’s that stands out on its own.

Miasma – Though it lacks lyrics, its strong. Here, we truly see Ghost’s evolution as they delve into true 80’s sounds. Synths and guitars and a wonderful saxophone solo, played by none other than Papa Nil at the current rituals. It’s a wonderful interlude and maintains the energy when played live.

Dance Macabre – The second single released from the album, “Dance Macabre”, definitely stands out as an 80’s power ballad. The playful twist on the chorus, “bewitch you” rather than “be with” adds a creepy element to a song that otherwise sounds like a radio hit. The song puts another foot into the door to the mainstream metal world.

Pro Memoria – Don’t you forget about dying – you won’t be able to once the chorus of this song invades your head. It’s catchy while lyrically morbid. This song easily could’ve been released as one of the singles of the album.

Witch Image – This song brings the dark lyrics the fanbase has craved – while pairing it with another catchy tune. It features some of the guitars and melodies more familiar to older Ghost fans, while still bringing in the newer sound the band desires. Though not as strong as some of the others, still a good listen.

Helvetesfonster – Compared to Miasma, this instrumental is less catchy. Still, it seems to transport the listener to another world, a “Zelda” kind of world. Here we see more exploration of synth sounds that set the tone for the end of the album.

Life Eternal – The end of the album seems to come too quickly, but ends the album in a beautiful way that leaves you wanting more. A great signature of death to end the album.

Overall, the album is solid, satisfying the urges that Ghost fans have long been feeling since the last hard album. Still, it leaves you wanting more – perhaps one more hard song like Faith. For fans who listen with an open mind, they will find sanctuary in the new path Ghost is taking.

Tl;dr – The album’s got some great hits but works most beautifully when listened to from start to finish.