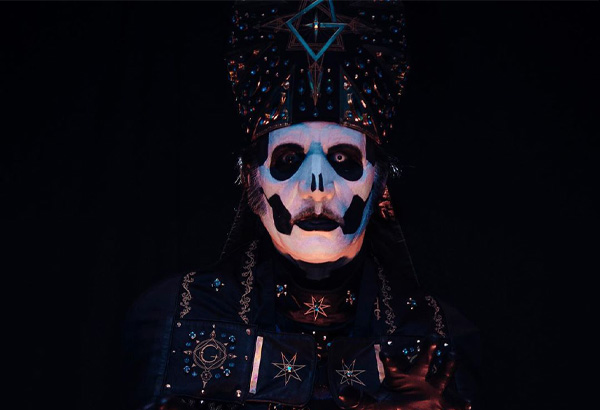 We all knew the day would come when Cardinal Copia would become the next Papa. Last night in Mexico Ghost performed their last show in the “Prequelle” era touring cycle. “A Final Gig Named Death” would make Ghost history.

For the past couple of years we have seen our beloved Papa Nihil rock out with his saxophone. No one ever expected last night would be his last show. During “Miasma” Papa Nihil came out as he usually does to do his signature sax solo. While he was finishing his solo he collapsed. The crew and medical staff rushed to check up on him but he was unresponsive.

While Papa Nihil was being checked on, Cardinal Copia came out on his tricycle and saw what was happening. This is when Ghost history was about to be made. A large group of Sisters of Sin surrounded Cardinal Copia hiding what he was doing. After a few seconds we can make out that the Cardinal was changing outfits. After a couple of minutes the Sisters of Sin spread out revealing the debut of Papa Emeritus IV. Copia was no longer a Cardinal but transformed into the New Papa!