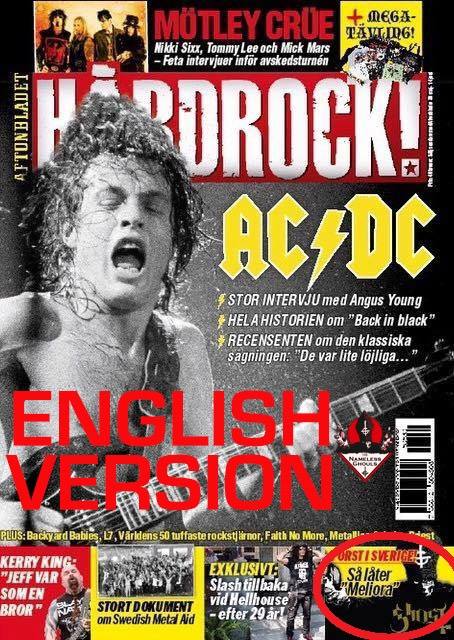 The Nameless Ghouls Facebook Page got a devoted child to translate this month’s issue of Aftonbladet Hårdrock Magazine, featuring “Ghost”, to English for non Swedish-speaking children. This is the same translator than translated  last month’s issue of Sweden Rock Magazine. NOTE: THE TRANSLATOR DID HIS BEST TO TRANSLATE THE ARTICLE AS ACCURATELY AS HE CAN & CLAIMS IT’S NOT 100%. With that said we thank the devoted child greatly either way. Read the full interview below! END_OF_DOCUMENT_TOKEN_TO_BE_REPLACED